Mr.  Adil Zainulbhai is a mechanical Engineer from the 1977 batch of IIT-Bombay and a  post-graduate from Harvard Business School. He is currently President of HBS's alumni association in India.

He retired from McKinsey India as its chairman after 34 years with the legendary consulting firm, 24 of which were in the US. Zainulbhai joined McKinsey in 1979 straight out of HBS; he set up the Minneapolis, Minnesota, office and later led the McKinsey office in the US capital of Washington D.C., helping clients across sectors as diverse as telecommunications, consumer electronics, energy, banking, infrastructure, and healthcare.

He counsels the CEOs of many of India's largest companies in a range of industries, including infrastructure, metals and mining, financial services, and pharmaceuticals - and he has helped several such companies become global leaders. He has also helped leading multinational companies build large, profitable businesses in India.

He is also passionate about strengthening India's public sector and contributing to the nation's development.

He works closely with senior government leaders to drive growth and raise living standards, strengthen key sectors of the economy, and improve education, health, and welfare. He has also helped several public-sector projects improve their efficiency and effectiveness.

In both his private and public-sector work, he develops long-term partnerships with his clients to deliver results and create true impact, while helping to build people's capabilities. He is deeply committed to developing leaders, both at client organisations and at McKinsey. He strives to ensure that we attract the best people from the best schools and provide them with an unrivalled learning experience.

He speaks regularly at key Indian and global forums, including those of the Confederation of Indian Industry (CII), the Federation of Indian Chambers of Commerce and Industry, the National Association of Software and Services Companies (NASSCOM), and the World Economic Forum.

He serves on the boards of numerous nonprofit organisations, including the American India Foundation, the CII National Council, Saifee Hospital, and Saifee Burhani Upliftment Trust, which is redeveloping Mumbai's Bhendi Bazaar. He serves on the advisory boards of the Indian Institute of Technology Bombay, the Wockhardt Foundation, and the Health Management Research Institute, as well as on the global advisory board of the Booth School of Business at the University of Chicago. He is president of the Harvard Business School Alumni Association, India. 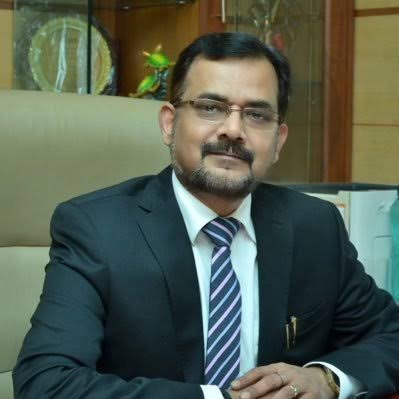 Dr. Ravi P. Singh is the 4th Secretary General of Quality Council of India an independent organization under Department for Promotion of Industry and Internal Trade, Government of India. He heads the organization which has the mandate to improve the quality of products, processes and services in sectors like education, healthcare, skills training, manufacturing etc.

Prior to being appointed as Secretary General by the Government of India, Dr. Singh served IGNOU as the Director of Regional Services Division and then as the Senior Regional Director in Delhi.

Dr. Singh was formerly the founder Vice Chancellor of Sharda University at Greater Noida. He joined this position on leave from Punjab Technical University where he continued as Dean from 2003-2009.

Dr. Singh started his career as an Assistant Director in All India Council for Technical Education in 1996 and continued as Deputy Director till 2003. He held various important positions like Regional Officer of the Northern Regional Office at Kanpur during 1996-1999 and later as the regional Officer of Eastern Regional Office at Kolkata during 2000-2001. He has been an academic administrator since 1996 and has made exceptional contributions in policy planning, accreditation, use of ICT in classroom learning, flexible credit based system implementation, research and development.

Ever since joining QCI, Dr. Singh has initiated various innovative schemes and projects for quality intervention at grassroots level. Under his leadership, QCI is presently involved in Zero Defect, Zero Effect Maturity Model implementation in manufacturing as well as Competence Certification of Yoga Professionals around the world. Dr. Singh is known for his frank ideas and writes regularly in magazines and journals. He sits on various Boards and Committees in Government as well as Industry and travels extensively in India and abroad

Born in Varanasi, Dr. Singh completed his Bachelors and Masters in Physics from Banaras Hindu University. He was the Gold Medal winner at Masters level in Physics and pursued his Ph.D and Post-doctoral work in Condensed Matter from University of Western Ontario, Canada during 1989-1995.

Mr. Anil Relia is a graduate in Electrical Engineering and has done his M.Tech in Power Systems from IIT Delhi. Before moving to the Department of Science and Technology in 1988, he has worked in the Project Engineering and Contracts Management for 10 years in GEC and NTPC.

At DST, he was responsible for nurturing the National Program on Laboratory Accreditation (NABL). After formation of NABL as an autonomous body in 1998, he moved to NABL.

He has served as CEO/Head of NABL for 9 years and was instrumental in seeking the APAC (earlier APLAC) Mutual Recognition Arrangement status of NABL in 2000. He has served in the APLAC Board of Management (2012-2016) and a trained APAC Evaluator since 2006.

After superannuating in 2019, he is serving as Principal Advisor at QCI and In-charge Project Planning and Implementation Division. In his current role, he is responsible for providing direction to Managers in planning and executing assigned projects and work with them to support new business development opportunities.

Dr. Hari Prakash is PHD and M.Sc. in Horticulture/Agriculture from G.B Pant University. He has also earned additional M.Sc. in Ecology and Environment and Post Graduate Certificate in Business Management from XLRI, Jamshedpur.

He served different boards  of Quality Council of India (QCI) for more than nine years.  He managed and coordinated with multi stake holders of different ministries, authorities, organisations for developing and operationalising new accreditation schemes and completing various important projects.